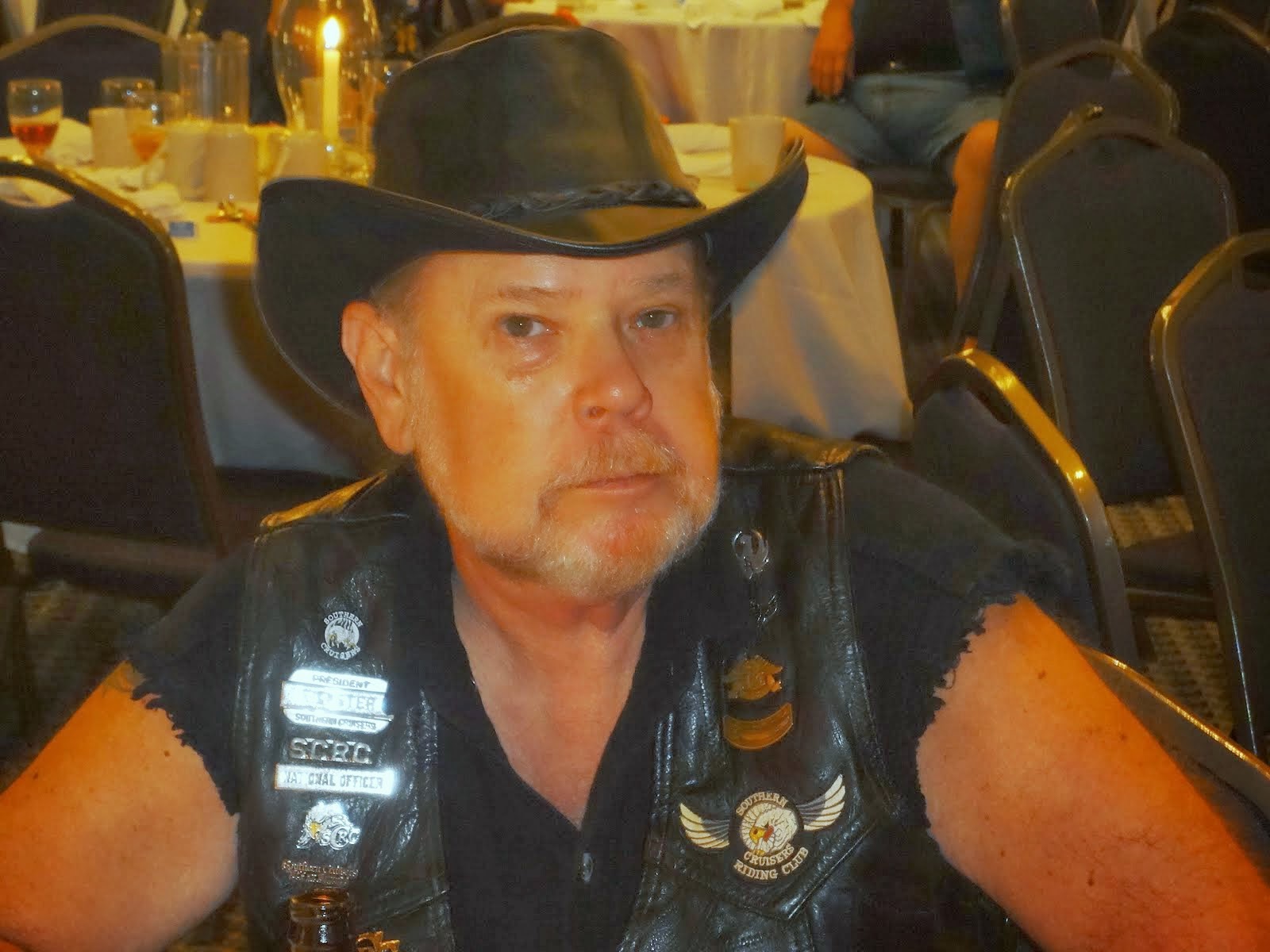 After being out of Motorcycling for almost 15 years, I decided to buy a new bike and to start enjoying life just a little bit more than I had been. After a few weeks of riding alone I knew there was still something missing..... The Brotherhood of Biking. It was at this point where I decided to start a Riding Club in the Memphis Area to meet new friends and to get the people riding together and sharing the thrill of Motorcycling in a manner that was acceptable to all. After getting a few people together and coming up with the name Southern Cruisers Riding Club, I decided to put up a small Web Site on the net and start the Cruisers Forum so we could all have an on-line meeting place to discuss plans for rides we were setting up. During this time we were working on a Club Patch and went through about a dozen different designs before we all decided on the Current SCRC Club Patch.

Shortly after The Memphis Chapter started to form, I was contacted by Jerry Longdon "HIP" MAY HE REST IN PEACE" from the Knoxville area and was asked about the Club. After telling Jerry that it was just a Local club we decided to open a Chapter in Knoxville TN just to see what would actually happen. Lots of decisions were made at this time about how to run the Southern Cruisers including a NO DUES Style Club, Not to give the Club a Bad name and, to keep it all clean and legal. Now the Knoxville Chapter was starting to organize and the Southern Cruisers was now a Tennessee Club.
A little time went by and everything seemed to be going well for the two Chapters, Then I received a Phone Call from Tim in Georgia . His first words were something like this " How about a Georgia Chapter " ! Still kinda shocked that someone would want to start a Chapter of the Southern Cruisers other than myself we got a GA Chapter going. After a few phone conversations with Tim, He told me that he designed Websites for a living and that he would gladly set up the Southern Cruisers with our own Domain Name and build and maintain the site for us. Still kinda in shock from all of this I agreed and Tim built "http://SouthernCruisers.Net" and that's when everything started happening.

We begin talking to People in South Carolina,  Oklahoma, And from all over the place, at that point on it seemed that everyone was wanting to be a part of the Southern Cruisers Riding Club.  We started opening up new Chapters all over the United States and people were starting to join every single day and it was at that time I realized that other riders were wanting a Club set up just like we had set up the Southern Cruisers.

Now 18 Years later, We have Chapters spread all across the United States and even out side the United States and we are growing faster than ever before, With over  30,000  Members  in the Southern Cruisers Riding Club, We can gladly say we have made it to the Big Time ,  And we are still the same Club we started out ta be.....  A Club for Family, Friends and all brands of Motorcycles..  See Ya On The Roads....